This blog post covers some aspects about exception handling in case you expose nested workflows as a web service. When dealing with web services, it's important to ensure that no time outs are triggered and that meaningful exception messages are returned to the client. Let's have a look how this can be done.

As a starting point, I create Logic App 1 that is exposed as a web service and which invokes Logic App 2 in a synchronous way. The second Logic App just puts a request on a Service Bus queue. Once that action is completed, a response is returned and the first Logic App can return a success to the consuming application.

Because I want to avoid timeouts because of automatic retries, I update the Call Logic App 2 action, so it will not perform a retry. This is done in the code view. Depending on your use case, you could also limit the number of retries. The minimal time interval between retries is 20 seconds, which is also the default value. This is quite high for a web service scenario, as most clients time out after 60 seconds. 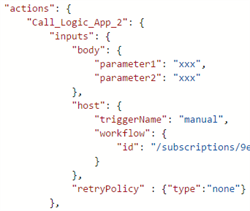 To see what happens in case of an exception, I reconfigure Logic App 2 to send to a non-existing queue. In both Logic Apps, the Response action is skipped because the Logic App stops processing in case of a failure.

The web service call results in a meaningless exception message for the consuming application:

Ensure a meaningful exception is returned

Let’s first change the Logic App 2, so it returns the real Service Bus exception in case of a failure. The recommended way, is to add a Scope around the Send Message action. The details of the scope outcome are provided via the @result function. More information is given here. Depending on the resulting outcome of the scope, a different response can be returned. 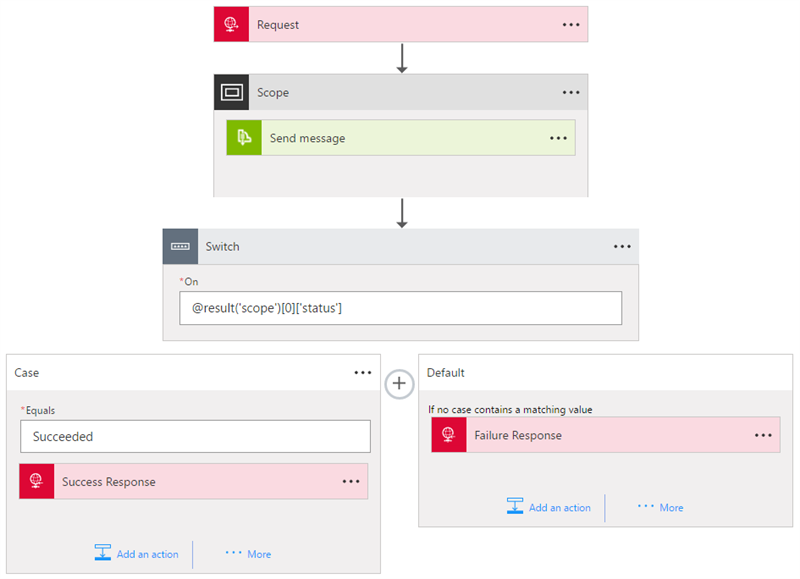 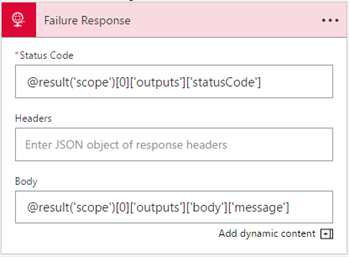 Changing Logic App 1 to meet the expectations is a lot easier.  Just ensure it returns the status code and message from the invoked Logic App. 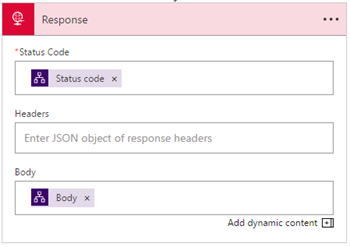 Another optimization we must perform, is to configure the Response action and Switch statement to also run in case the preceding action fails. This can be done within the code view:

If we trigger an exception scenario, the run detail of Logic App 2 looks good. The Scope has failed, which is detected by the Switch statement and the Logic App returns the Failure Response. 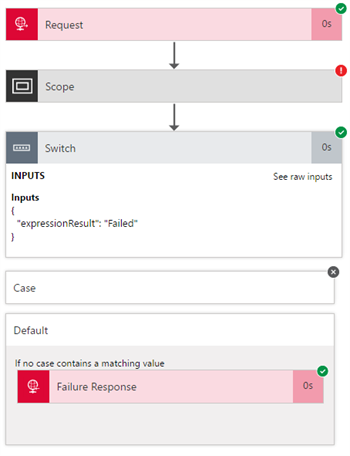 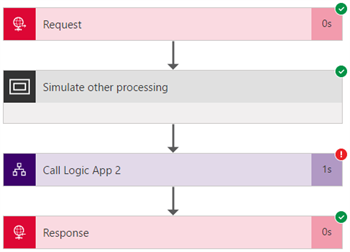 The web service client also gets a nice exception message.

We completely focused on the exception scenario, so it’s good to double check that the happy path still behaves well. Just update Logic App 2, to send now to an existing queue. Logic App 2 sends a success response, which is great! 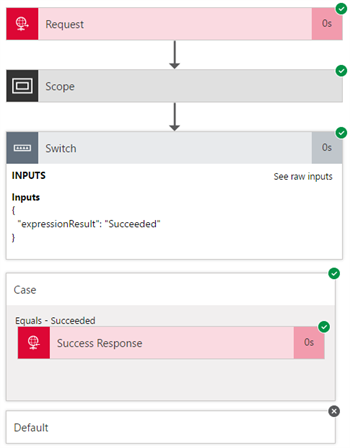 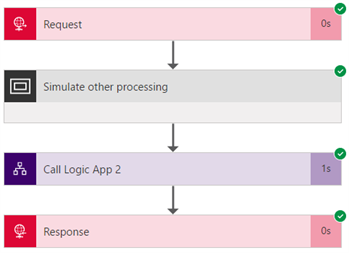 The web service client gets a confirmation that the message got queued!

The default settings for retry policies and exception handling might not always fit your scenario. Make sure you understand the Logic Apps capabilities on this matter and apply them according to your needs. Small prototyping exercises can serve as basis for development guidelines and best practices.

When you want to collect high-frequency data from industrial assets, transferring all of the data to a central IoT and Data platform in real-time can become expensive. In most cases, the “real-time” requirement for all collected data can be replaced by a more relaxed upload method. This blog post will…

Arcus.BackgroundJobs v0.4 is packed with lots of fresh new features and added support. Come and take a look at what is included in this new release!