One of Logic Apps biggest selling points is the fact that the runtime is serverless, which results in a very scalable integration platform. I've always been amazed by the elasticity characteristics of the Logic App engine, however there's a huge limitation on the scalability of the out-of-the-box connectors. On many projects, we've suffered from this limited connector capacity. This blog post series walks you through the limitations (The bad!), Microsoft's advised workarounds (The ugly!) and an approach that works great for some connectors (The good!).

This blog series consists of:

Let’s have a look at the workarounds that Microsoft proposes to overcome the throttling limits of the Logic Apps connectors.

Use an API connection per action

When considering performance, it’s advised to create a separate API connection for every action that you create. This approach introduces extra developer overhead to configure this and to roll this out via CI/CD.

In some cases, this setup might solve your performance issues. If not, you have to consider the next workaround.

If one action is still limited by the throughput of one API connection, you have to consider load balancing between multiple API connections. These are the steps to make this happen:

This approach works fine under a high load, but it comes with the big limitation that the designer view is completely messed up. This means you can only configure the action via the code view, which doesn’t seem to be stable too with this configuration. 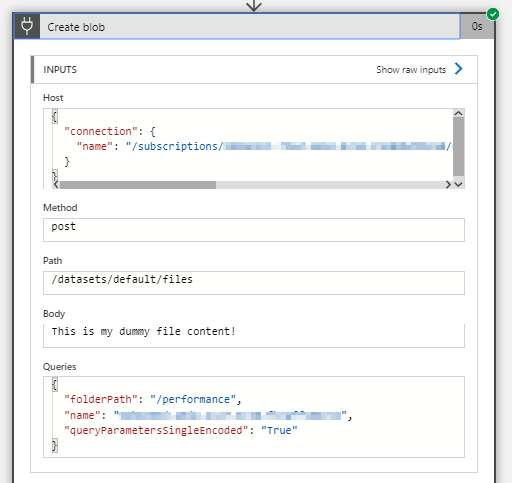 A lot of extra overhead and usability drawbacks, but these workarounds do the job. Would be great if Microsoft can fix the designer issue. One question that always pops up: if the product team suggests such dirty workarounds, why don’t they just increase the throttling limits? In the final blog post of this series, we’ll look at another way to bypass the throttling limits.

One of Logic Apps biggest selling points is the fact that the runtime is serverless, which results in a very scalable integration platform.

Help, My Logic Apps Retries Are Not Firing!

Cloud native applications need to be designed to cope with failure. Logic Apps meets this expectation through its configurable retry mechanisms that are available on each action. However, these retries are not firing in every scenario.