Together with T-Mining we explored how IoT and Blockchain can combat cocaine smuggling in the maritime industry.

The first edition of the ChainPORT Hackathon was in 2016 and was started by several World Ports to address challenges and promote collaboration across global supply chains. More than 12 port authorities, from Montreal, Barcelona to Singapore, now participate in the hackathon each year in Antwerp and Los Angeles.

The Antwerp event took place this year on Oct 11 – 13 at the Antwerp Expo.  Codit, represented by Bernard Lenssens, Edward Magrin and Pieter De Vriendt, teamed up with T-Mining to solve one of the six challenges presented to us:

More than 30 tonnes of cocaine are seized annually by Belgian Customs, which is probably only the tip of the iceberg. The authorities are exploring how innovative and cutting-edge technologies can help stop cocaine smuggling.

The first solution revolved around tracking containers as they approach the Port of Antwerp. The idea is to combine IoT and Blockchain to detect ‘suspicious’ containers as soon as possible. For example, a container can pass through different locations and organisations, with various security levels and risks. At every location, we can gather and use different kinds of data to feed into a risk profile for the container.

To keep the concept simple, four states were identified for the container:

Sea – The container is at sea.

Terminal – The container is at the terminal.

In Transit – The container is in transit by means of a truck or train.

Warehouse – The container has reached a warehouse.

To guarantee the safety and security of the container, a list of possible events and rules was set up:

A solution was designed based on the below architecture: 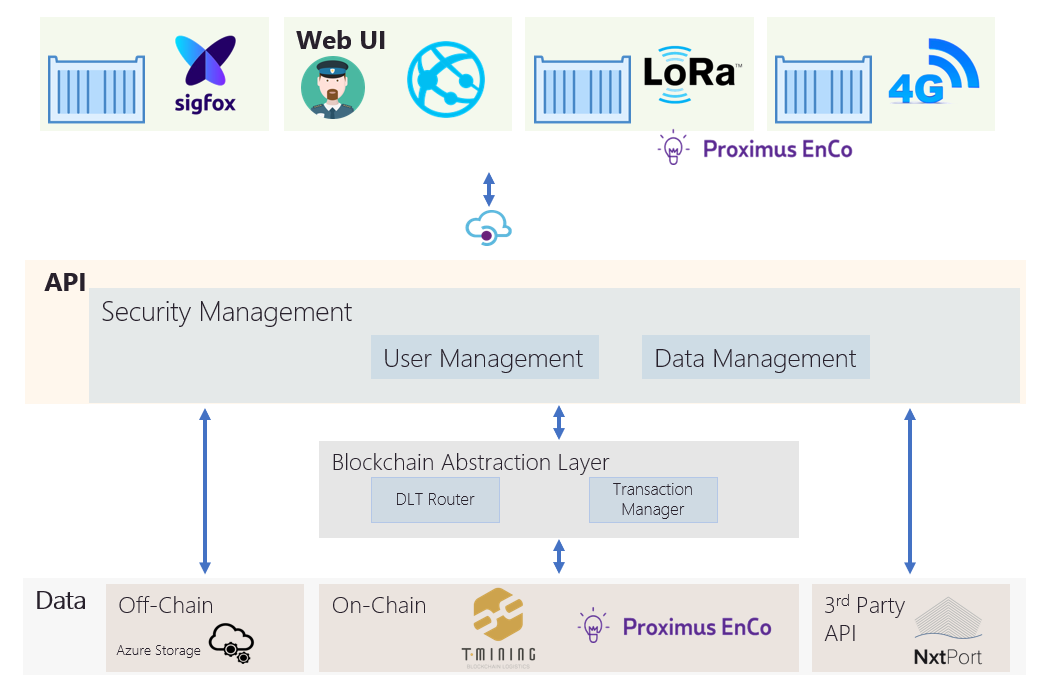 Sensors embedded into small containers were set up and connected to two Blockchains via APIs, from T-Mining and Proximus Enco. The APIs interfaced with NXTPort APIs to retrieve CUSCAR data on vessels and containers. Additionally, when a container was opened an SMS was sent to a Customs Official. 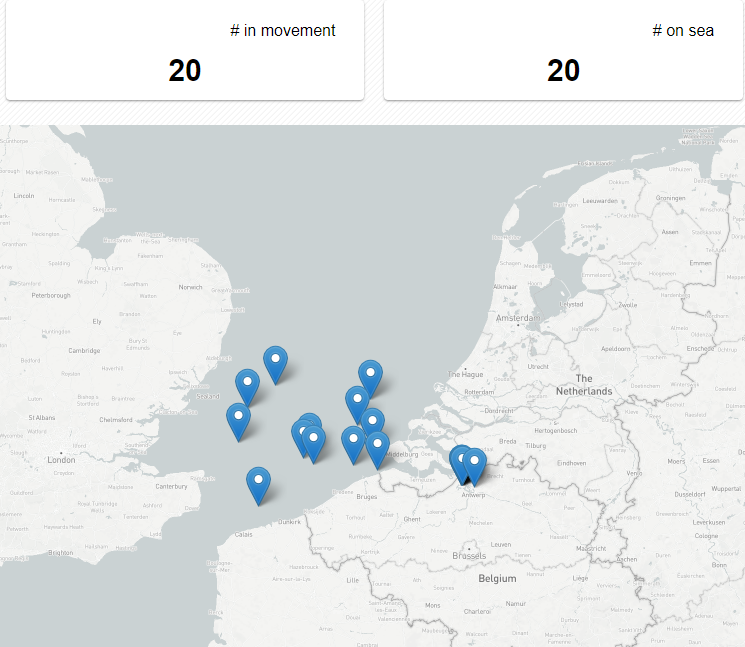 The containers were represented on a map as shown above. Each container had a risk level – based on the events, and a completeness level – based on the current state. Container state rule took the form of smart contracts on two separate ledgers: T-Mining and Proximus Enco Infrastructures. 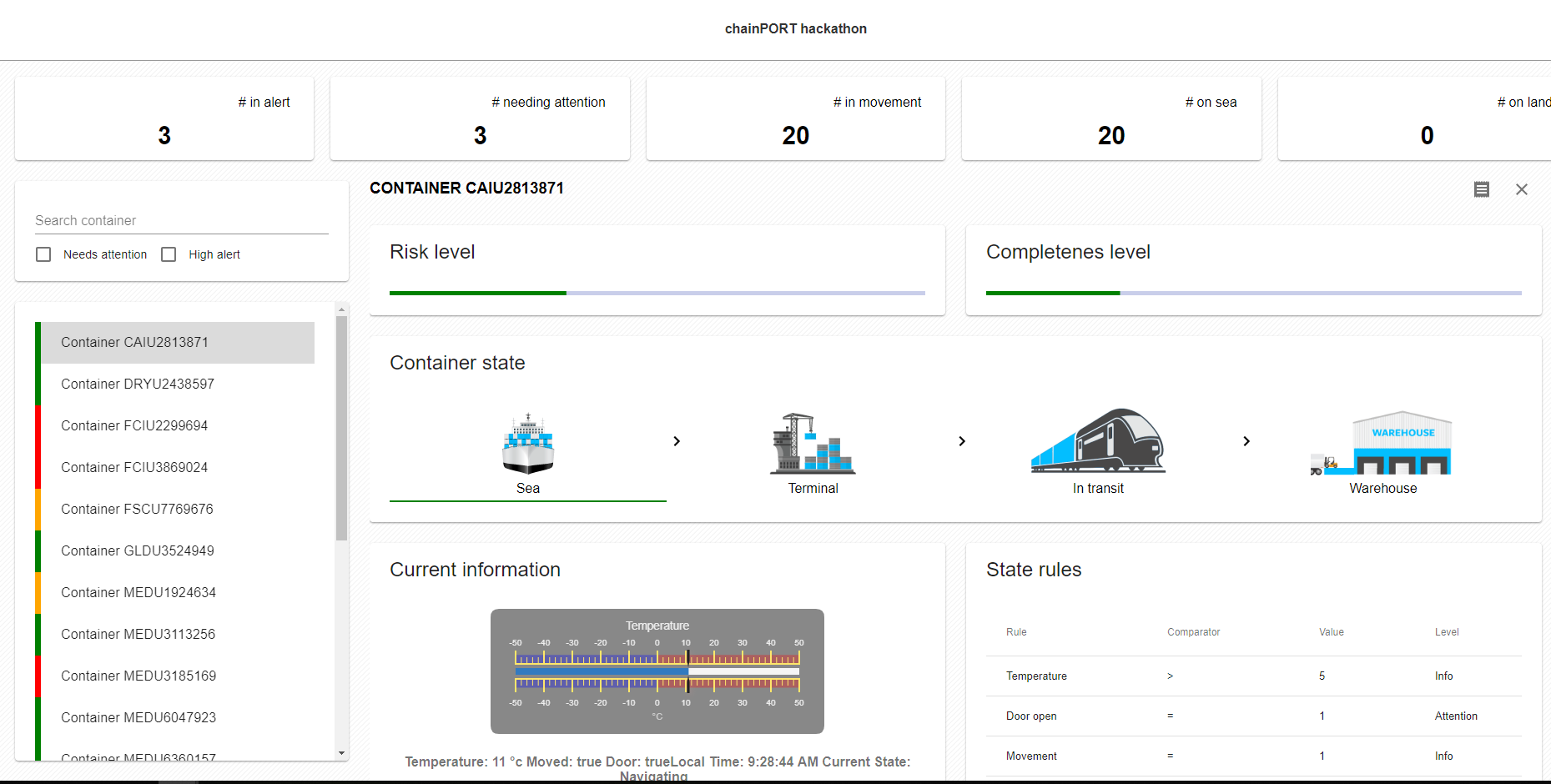 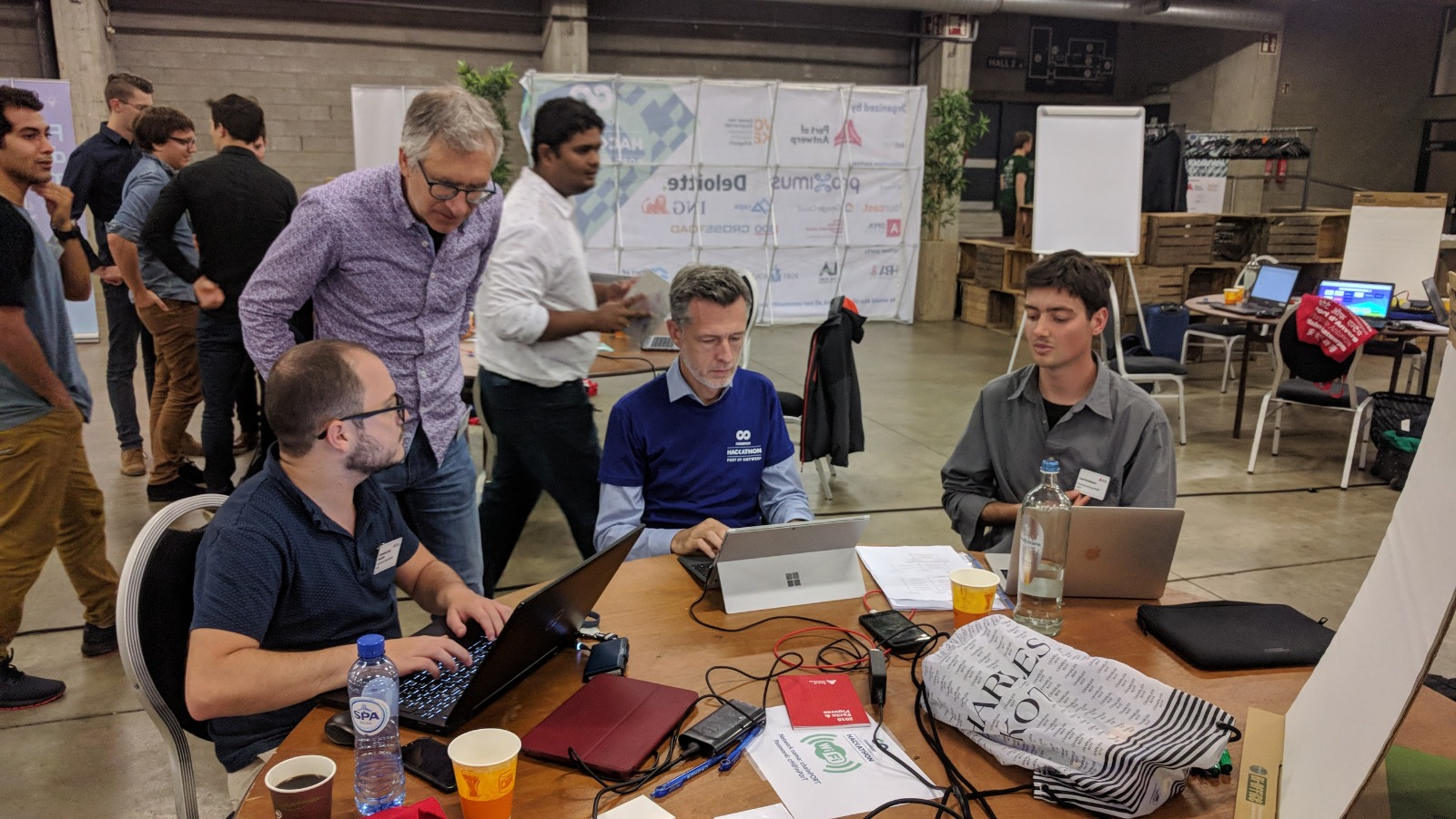 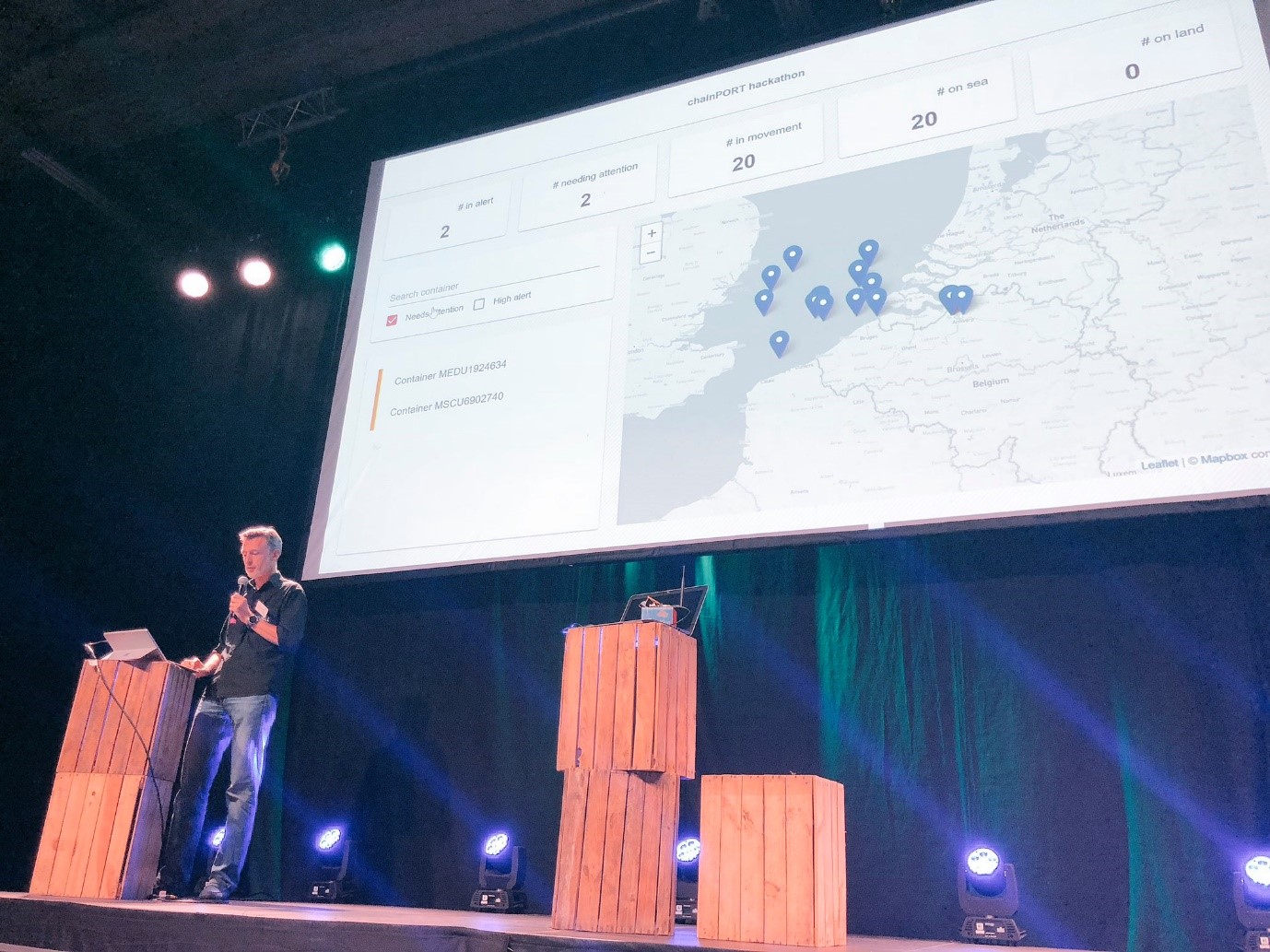 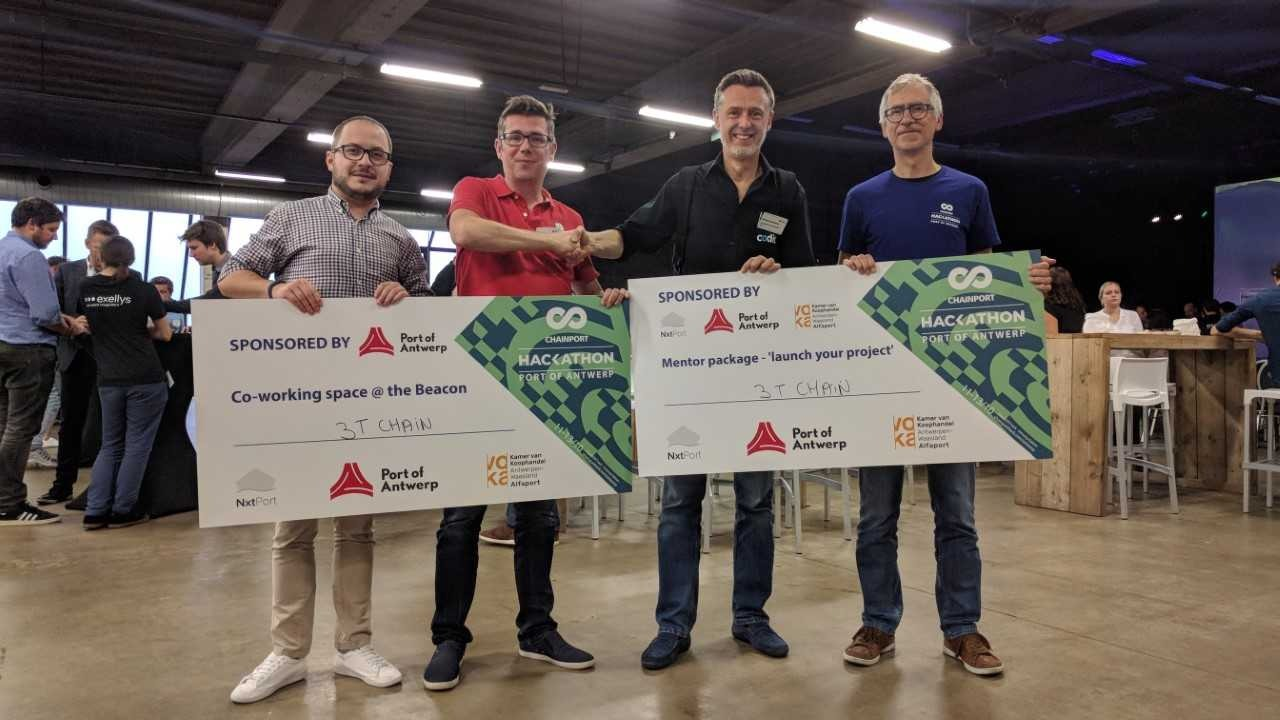 Vlog: From Mainframe to IoT

In this fascinating vlog, Codit'er Philippe Destoop takes us on a tour which delves into the history of IoT, starting with the humble Mainframe.

Industry 4.0 - Marketing vs. Reality and Obstacles in Digital Projects

Everyone is talking about Industry 4.0, whether it is the implementation, the complexity of technologies or the existing innovative power in the company. Too little time is devoted to a concrete approach and the stumbling blocks. We will show you some points that need special attention.

Discover how happy Codit customer Duco Ventilation & Sun Control is harnessing the power of the Azure cloud and IoT to make the world a better place.