Microsoft announced the public preview of Azure Arc for API Management which allows you to run a self-hosted API gateway, manageable from Azure. Here are our findings!

Today, during Ignite, Microsoft publicly announced the public preview of Azure Arc for API Management which allows you to run a self-hosted API gateway, manageable from Azure.

Codit has had the privilege to join the private preview and experiment with it, here are our findings!

A gateway in Azure API management resembles a logical gateway of which you can deploy multiple nodes where you want.

The image below illustrates a setup with a single node: 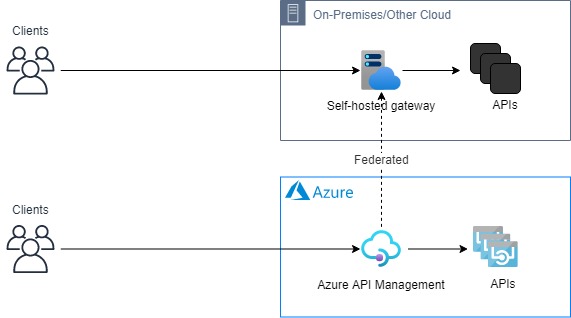 It’s important to mention that the self-hosted gateway only brings the gateway capabilities while the management & development portal still live in Microsoft Azure.

Self-hosting a gateway also means taking away some responsibilities from Microsoft into your own hands. Let’s have a look at the overview below to get an idea on the separation of responsibilities:

We highly recommend API Management customers only to use Azure Arc for API Management if they cannot use Microsoft Azure as it brings a lot of responsibilities that have to be justified.

Creating and running a self-hosted gateway

let’s walk through the creation of a self-hosted gateway.

After running the container, we can see in the Azure portal that a node has been registered for the self-hosted gateway and its last heartbeat timestamp:

As you can see setting up a self-hosted gateway is straight forward.

Now that we’ve created a self-hosted gateway, let’s start using it. Let’s create an API and deploy it to the gateway, in this sample we’ll be proxying a cat facts API which will return a random cat fact when you call it. 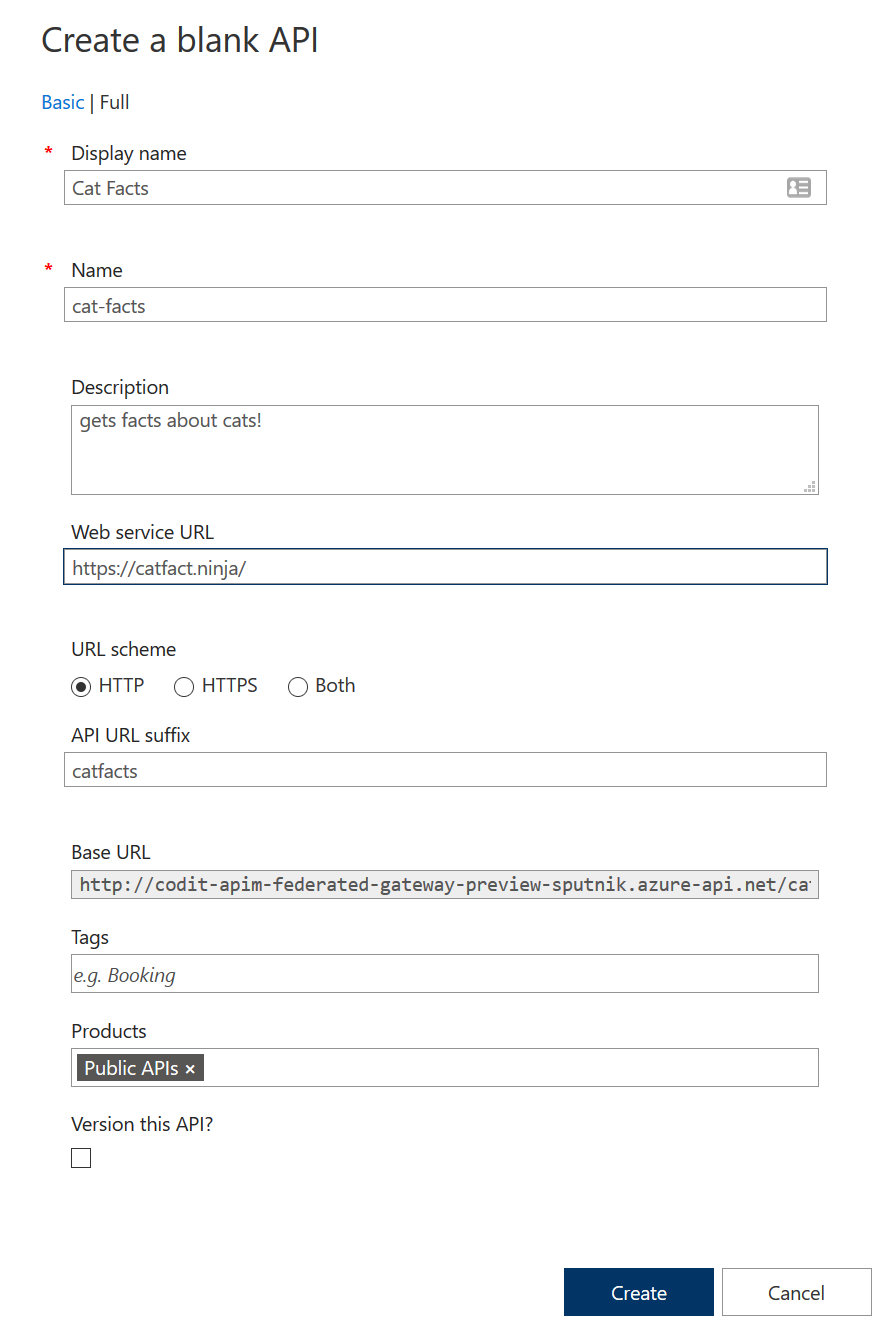 Note that the HTTP URL scheme is selected in the configuration above, I don’t have a FQDN with certificate for my local self-hosted gateway, so HTTPS is not an option. After creating the API, let’s add the GET operation to retrieve that fact:

Now that we have proxied the fact endpoint, let’s call the endpoint through API Management:

Great, it works! Configuring the cat facts API on the gateway can easily be done from the gateway configuration page:

Another interesting cat fact proving the self-hosted gateway is functioning as expected!

You can easily test this by configuring the policy below on the ‘Get – Fact’ operation:

Using the policy, the self-hosted gateway should be able to perform unlimited calls, but the API Management instance should be limited. Giving this a try this yields the expected result:

Another powerful feature of Azure API Management is its out of the box metrics and analytics capabilities, let’s see how this extends to the self-hosted gateways.

At container startup logging indicates the loading of configuration from the managed gateway in Azure and building of its internal routing table:

calling the cat facts endpoint yields the logs below:

While these logs certainly are useful while developing or troubleshooting, they don’t provide any insights in a structured way. On the other hand, that’s to be expected of docker console logs, so let’s see what’s available in the managed gateway in Azure.

API Management’s Analytics feature provides some great out of the box insights on you API usage, yet it doesn’t seem to collect any data for API’s on a self-hosted gateway:

This is something that hopefully changes in the future as these analytics provide considerable out-of-the-box added value.

What however is available are events in the Application Instance resource linked to the Azure managed gateway:

As these events have custom properties containing the self-hosted gateway region its definitely possible to run queries on the data to abstract more useful insights regarding gateway usage: 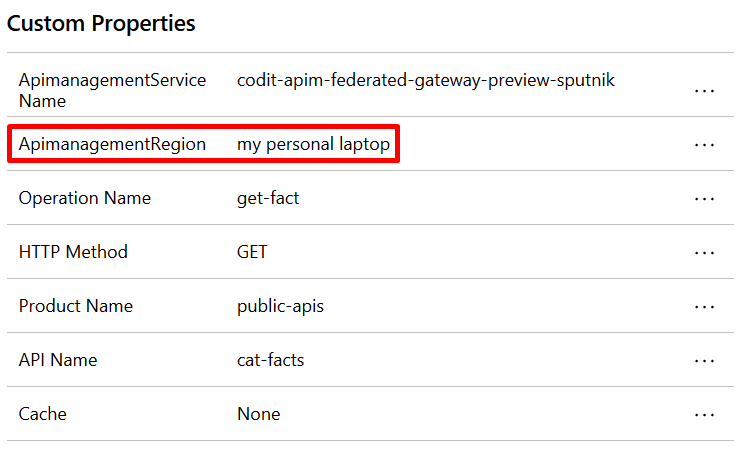 Getting to know the self-hosted gateway a few features come up that we’d like to see in future as it matures:

Azure Arc for API Management is another example of the industries shift to a cloud-anywhere approach. It’s good to see that Microsoft is investing in solutions that will run outside of their proprietary data center as well.

There’s a vast number of reasons why a cloud approach isn’t the solution for every problem, latency for example, and we can expect further advances from Microsoft in this area.

Nevertheless, a self-hosted approach brings a number of responsibilities with it that should be avoided, if possible, in favor of cloud-first approach.

Thanks for reading,
Michiel

About APIs and API Management

Everything you always wanted to know about APIs and API Management: from the API economy and the API ecosystem, over to industry challenges, and a drill down to cost of ownership and return on investment.

API Management : 10 Things you should do to set up an effective Developer Portal

A Successful API is attributed by a well-defined communication of its contents and formats, clear documentation and transparent terms on its usage. The developer portal is where to collect all this information as a key element to assure a good API adoption, as well as manage the interaction between the…

Throughout the last years, we really see a rise of API platforms! The business cases behind these platforms vary from B2B/B2C marketplaces, over data-sharing initiatives towards exploration of new business models. Regardless of the scenario, there's one fundamental question that always pops up: Will the data be stored centralized or…