The Codit recap of the first day at Integrate 2016.

Joined by our new UK colleagues today, Codit International was represented with no more than 4 countries at Integrate 2016. With a total of 18 members, we were the most represented company at the event! 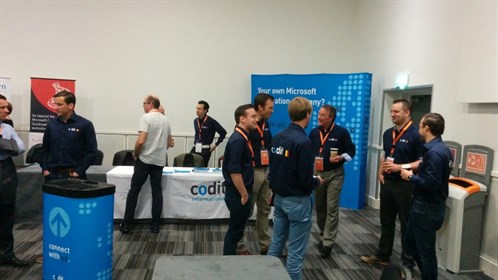 Bigger and better than last London Summit, so let’s summarize the key take-aways from today.

Microsoft admitted this morning that last year’s vision was too cloud focused. Today they adjusted that vision to a hybrid one. One that moves from fully on premise solutions to a hybrid approach. Considering that most companies have only a fraction of their applications running in the cloud. 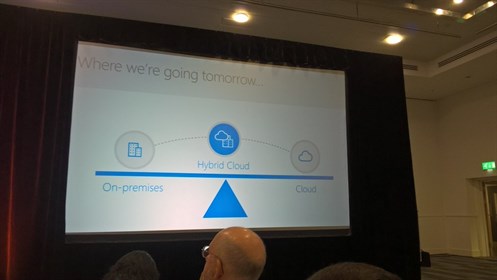 Additional to the earlier announced features, Microsoft revealed some extra news on the upcoming release of BizTalk Server 2016 RTM:

– A new Logic Apps adapter which enables integration between SaaS and on premise LOB applications.
– Some UI tweaks, which they labeled as a “Repaint” for a consistent look and feel. This however feels like it still needs some more polishing.

So all-in-all the tried and thoroughly tested, existing BizTalk engine remains the same. Fanc(e)y new features on that were not announced.

A lot more focus on the updates in Logic Apps today:

Also the introduction of a new concept: Enterprise Integration Pack with the Integration Account. This type of Logic Apps account receive the following capabilities:

Integrations made simple with Microsoft Flow

At first sight Microsoft Flow looks and feels like IFTTT or Zapier: a recipe based tool to automate workflows across different apps and services. However, this service is based on Logic Apps and used the Logic Apps designer.
For example: integrating Twitter with Dropbox in a couple of clicks.

Microsoft Flow brings a lot to the table, but consider the security concerns when handling integrations in a corporate environment. When using Flow, take into account the potential sensitive nature of the data you are working with.

Flow is free at the moment, but will possibly be licensed on a per-user basis. According to Microsoft: in a cheap license model.

A busy first day brings a lot of news and exciting new features. We are all looking forward to the next day of #Integrate2016.

Thank you for reading.

Recently, we released Arcus Scripting v0.6. The scripting library was quiet for a while, without any updates, so let's see what's new in this run-down post on any upcoming functionalities

In this blog post, we will take a look at the result function and how to use this within Logic Apps for exception handling purposes.

Here we are again. A year has passed and a lot has changed on the Arcus front. This post will summarize the biggest changes made in 2021.